The numbers of our life...

So - what to write this Rainy Sunday afternoon? Seems like all we've had recently is rain - and looks like it's going to be a rainy winter.  At least today we got to enjoy hot chips on the patio in the wintry sun - now it is dark, and gloomy, and rainy - feels just like Melbourne - although I am sure not as cold!

So this week while flicking though my sketch book I came across a sketch I did late last year of our Bonnie Dog... and I got to thinking back... 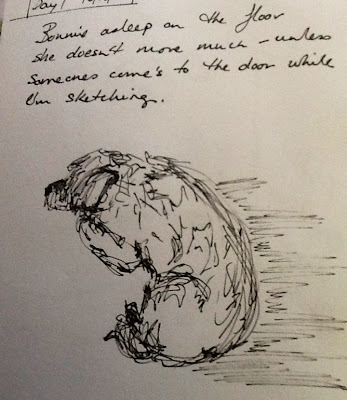 When we got Bonnie we were a new family:
With 'yours, mine and ours' children: 5 of us + Bonnie = six

We were six for such a long time... then we became 7 when a second 'yours' child came to live with us...  Which not long after dropped back to six when 1 went to Uni, then 5 when another moved away also... so Our number was Us, Mine + Ours + Bonnie = five

Then as Bonnie got older we   decided to get a puppy - as a companion dog for myself, and to keep Bonnie young... you know a kind of bringing in the new to see out the old...  This was a sketch I did this week from a photo taken earlier this year... and our number was back to  = 6 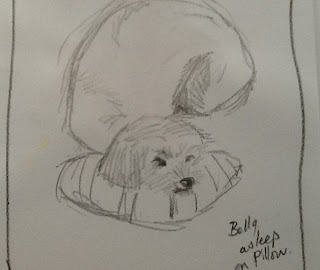 Then middle of last year we  I, (in a absurd moment of extreme weakness) adopted 2 young, male, Ragdoll cross cats... so our number became = eight 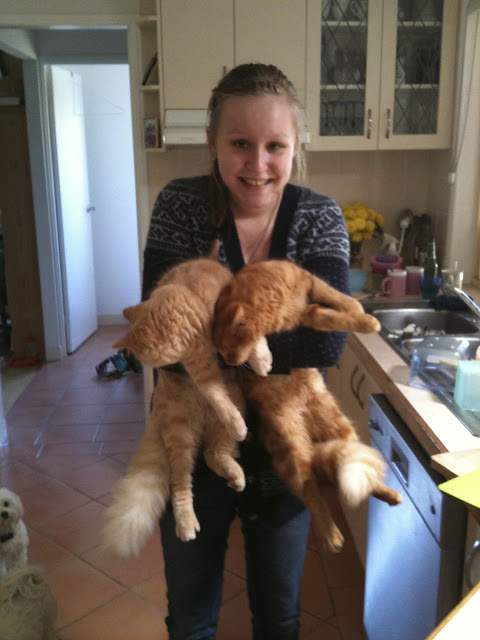 By that stage, Bonnie was getting older, and slowing down, and then she started coughing... and in January we had to put her to sleep as she had heart failure.  She was 13 and had had a great life -  Slept on the kids beds, waited for her bit of crust every morning, loved her walks, and was a faithful companion...  I love this simple pic  of the two dogs, and my youngest asleep in the back of the car when moving house last year...   And we were = seven 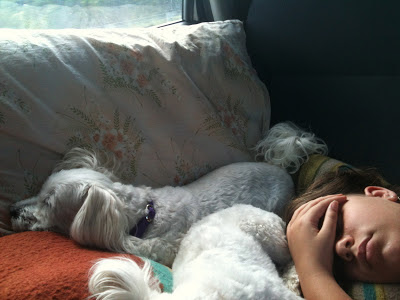 Then beginning of Term 1 this year Bella got sick - something called White Shaking Dog Syndrome (for all intents and purposes it sounded like MS and gets treated the same)... and we spent the next 3 months caring for her with steroids, and treats, and cleaning up after her... but  the time came when we had to make that hard decision... what was best for her? Was she happy? And so the hardest day of my life, it seems, was having to take her to the vet and say goodbye.   But you know it's the right decision when the vet doesn't even blink, but agrees with you - no second chance, "lets try..."   But, boy oh boy - that's a hard thing to do... 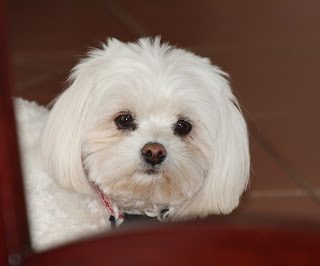 And six is a good number.   Its the number of Us and Ours + our two furry felines.

And for today its the number of our family.
What's your number?

I love your comments! I read them all, and I will do my best to reply to you here! xo L.

The Bay by Linda Richardson |

Grab my art in a button!

Like my blog and art? Share it! (Copy/Paste into your sidebar HTML/Javascript Gadget) And may your days be filled with the scent of apple blossoms and sunshine!

I love joining in...